Turn to our books section to read rave reviews of Patronising Bastards. 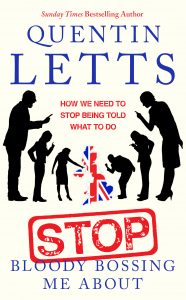 STOP BLOODY BOSSING ME ABOUT

Boris Johnson won power as one of life’s freewheelers but his first year as PM saw a fever of finger-wagging. The real pandemic? Passive-aggressive ninnying by politicians, scientists and officialdom. From Sage with its graphs to BBC grandees telling us not to sing Rule Britannia, the National Trust with its slavery mania, to calorie counts on menus: why won’t they leave us alone? Theatre directors beat us over the head with their agitprop. Militant cyclist scream at us from their saddles. Meghan Markle ticks us off for not being more Californian.

Bossiness: did it begin when Moses came down from the mountain with his tablets? Cromwell beat Chris Whitty to it by four centuries and banned Christmas. A. Hitler, B. Mussolini and J.V. Stalin: they liked to throw their weight around, but today’s self-serving dictators are more subtle.  They do it with a caring smile. Tell us it’s for our own good. They claim to be liberals!

My new book, Stop Bloody Bossing Me About is scheduled to be published by Constable in mid-March. Please don’t let me stop you ordering a copy. Our bookshops need your business.

The book – which some will no doubt consider itself to be unbearably bossy – is a 45,000-word howl against the ‘bossocracy’. The boss class tells us what to do, what to say, how to think. I give them a prolonged, resonant raspberry and name the guilty men and women: Dominic Cummings, Prof Neil Ferguson, that strutting self-polisher Nicola Sturgeon, the Archbishop of Canterbury, Cressida Dick, Michael Gove, even the sainted Sir David Attenborough. Bang! They all take a barrel. And then there’s publicity-prone plonker Matt Hancock posing for photographs while doing his ‘Mr Fit’ press-ups. 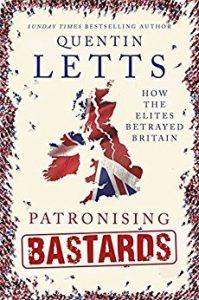 Not since Marie Antoinette said ‘Let them eat cake’ have the peasants been so revolting. Western capitalism’s elites are bemused: Brexit, Trump, and maybe more eruptions to follow. But their rulers were so good to them! Hillary Clinton called the ingrates ‘a basket of deplorables’, Bob Geldof flicked them a V sign, Tony Blair thought voters too thick to understand the question. Wigged judges stared down their legalistic noses at a surging, pongy populous.

These people who know best, these snooterati with their faux-liberal ways, are the ‘Patronising Bastards’. Their downfall is largely of their own making – their Sybaritic excesses, an obsession with political correctness, the prolonged rape of reason and rite. You’ll find these self-indulgent show-ponys not just in politics and the cloistered old institutions but also in high fashion, football, among the clean-eating foodies and at the Baftas and Oscars, where celebritydom hires PR smoothies to massage reputations and mislead, distort, twist.

Political columnist and bestselling author Quentin Letts identifies these condescending creeps and their networks, their methods and their dubious morals. Letts kebabs them like mutton. It’s baaaahd. It’s juicy. 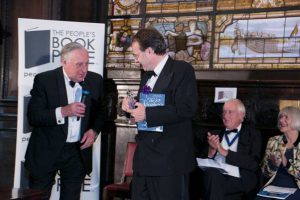 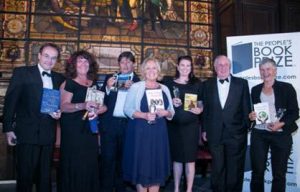 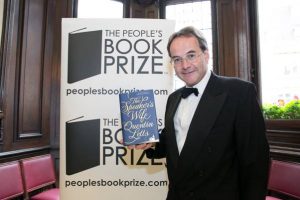 And here’s the video for your delectation…

The photo below shows the London book launch of ‘The Speaker’s Wife’ at the Savile Club, Mayfair. 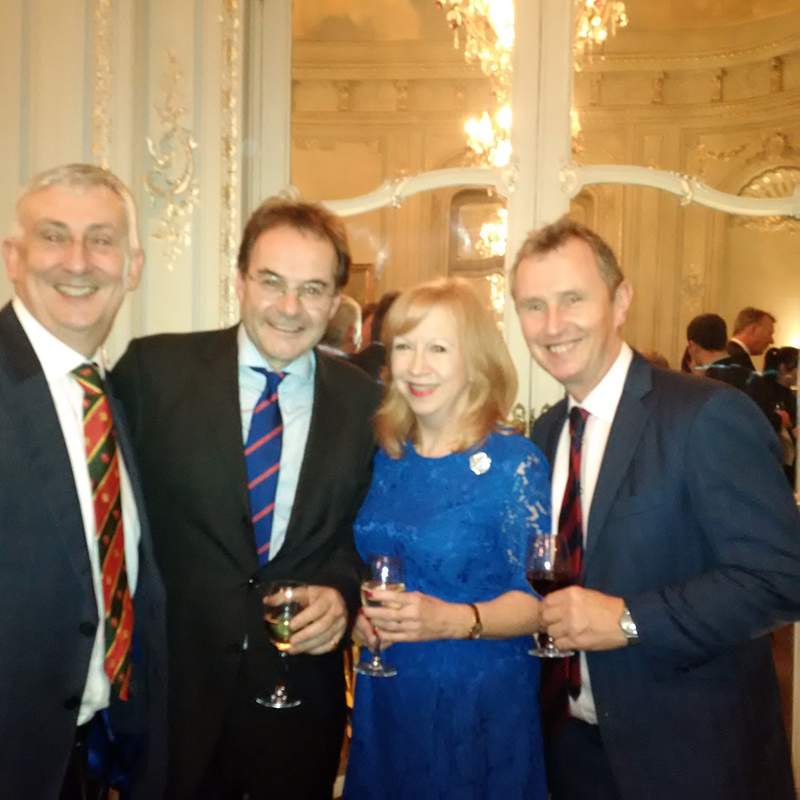 Click on the links below to read some recent reviews of my debut novel, ‘The Speaker’s Wife’:

“Quentin Letts must be the most prolific journalist in Britain. His devotion to duty makes the late Comrade Stakhanov look like one of the Drones Club’s more assiduous loafers…”  Read More

“Quentin Letts is best known to readers of this newspaper as its theatre critic and Parliamentary sketch writer. His knowledge of Westminster and appreciation of drama are put to good use in this debut novel…”  Read More

“Despite its title and setting in and around the Palace of Westminster, this rollicking debut novel from journalist and political sketch writer Quentin Letts is less a political satire than a love song written to the grand old Church of England…”  Read More